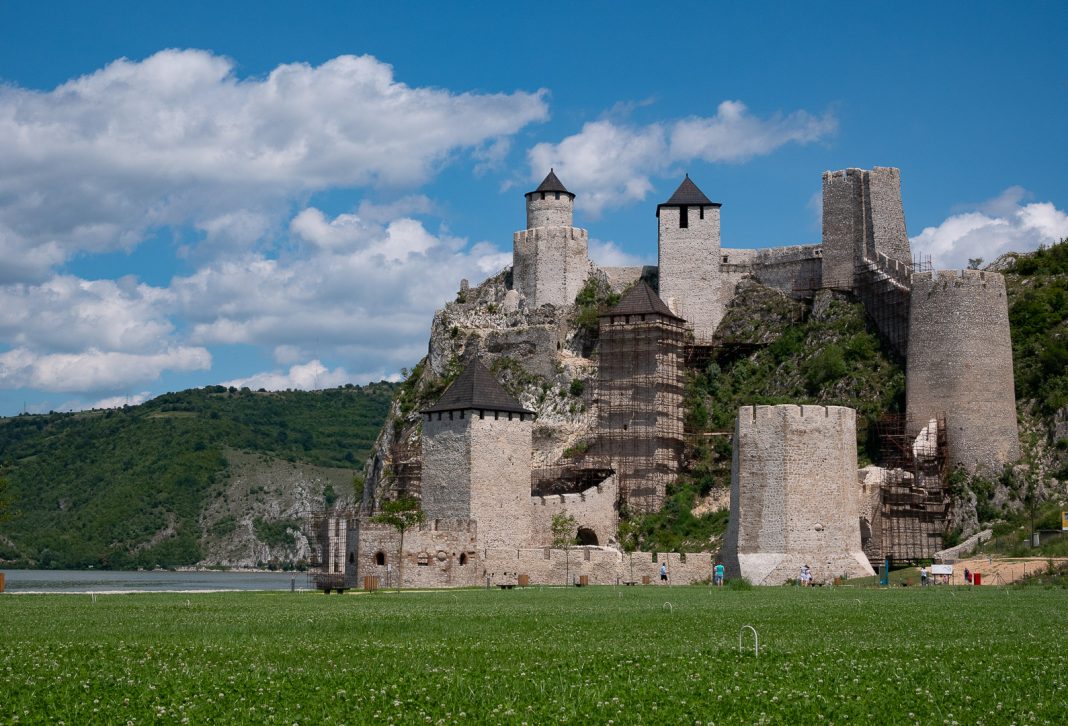 Golubac fortress is a medieval fortification at the entrance of the Đerdap National Park, in Serbia.

The fortress is easily accessible, it is located less than 2 hours from Belgrade and at the entrance of Đerdap National Park. This makes it possible to couple this visit with the park and with other places like Lepenski Vir or Trajan’s table.

The Danube separates Serbia and Romania, and therefore the Carpathians and the Balkans precisely there and along the gorges that follow.

On the left Romania and on the right Serbia

The access road is a little winding and allows to discover the place at the very last moment.

Paid parking (100RSD/1€) is available at the entrance of the premises as well as an information center. It includes a souvenir shop and a presentation room where you can learn a little more about its history.

A café and its terrace overlooking the Danube allow you to wait until the guided tours. There is no restaurant, however, you can prepare some sandwich to eat along the promenade with this magnificent view!

You can also find restaurants in the town of Golubac, less than 5 minutes’ drive away.

Guardian of the Danube

Located on the right bank of the Danube, it served as a checkpoint for river traffic in the 14th century. A chain was pulled across the river to block the road and allow the taxation of boats wishing to pass. It was also a stronghold between the Ottoman and Hungarian powers.

Unusually, the exact date of construction is not known and it is not known who built it (probably Serbs or Hungarians).

According to the first written reference, it was built around the 14th century. At that time, the Danube served as the border between Hungary and Serbia which gave rise to many battles for the control of the region but the fortress was mainly under Hungarian control.

It changed hands several times between Ottoman, Hungarian, Austrian and Serbian. It remained Ottoman until the 19th century when it was returned with other cities to the Serbs.

Following the construction of the dam in 1972, the level of the Danube has risen a lot and the part located in the water is in fact the top of one of the towers and its path of guard.

It is not possible to visit the castle by yourself because of the ongoing restoration work. Guided tours are available in Serbian and English.

The departure of the groups is scheduled at fixed times outside the tourist center.
We did the tour in Serbian since Marina’s parents were with us and we were about twenty person in the group

The group in English was composed of two people … Perfect to take pictures, hear the guide (who has no microphone) and ask questions!

The tour is quite fast because only one tower is accessible to the visit for the moment. This is still worth it to get more information about the history, anecdotes and know more about the previous owners of the place.

In addition to this, the parking fees are included in the cost of the ticket of 250 Dinars (2 €), at this price you can’t miss it!

You can find more information such as opening hours on the website of the fortress. 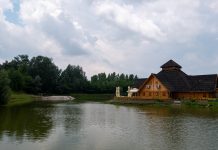 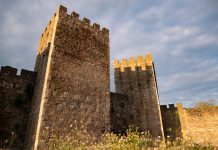 Visit Smederevo : its Fortress, its Church

This site uses Akismet to reduce spam. Learn how your comment data is processed.

Visit Smederevo : its Fortress, its Church